The Narrative House brings clarity and humanity to organizations in order to help them generate alignment, engagement and speed.

In pursuit of this ambition, we stay focused on a few key priorities: 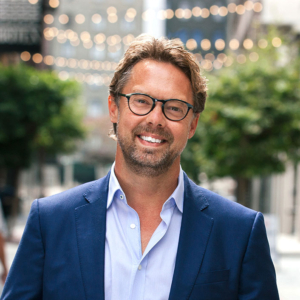 Based in San Diego, Jeremy is founder and managing partner of The Narrative House. He brings to the firm deep expertise in visioning and planning, leadership team facilitation, the crafting of strategic content, and creative execution.

Prior to founding The Narrative House, Jeremy was a partner at global consulting firm Oliver Wyman, and before that a senior partner at Lippincott, Oliver Wyman’s branding subsidiary. There he led accounts in the financial services, healthcare, hospitality and technology sectors, and partnered with clients including Genentech-Roche, International Hotels Group (IHG), 3M and Informatica.

Jeremy also served on Lippincott’s editorial board, which oversees the creation of much of the firm’s intellectual capital. He has authored articles for and been quoted in numerous publications including Fortune and Forbes.

Prior to joining Lippincott, Jeremy was lead director of strategy and content at the San Francisco-based strategy implementation boutique Bonfire, where he designed and managed participative employee engagement programs for some of the world’s most respected companies, including Banana Republic, GE, BNP Paribas, Merck and Salesforce.com.

Previously, Jeremy worked at global PR firm Porter Novelli, where he helped clients including Amgen, Dow Chemical, HP, Qualcomm and MGM articulate their vision and achievements through the creation of high-impact communications plans and campaigns.

Before moving to California in 2001, Jeremy served as European communications manager for the News Corporation venture OmniSky International in Paris, where he was responsible for internal and external communications, and partnered with the company’s regional offices and agencies across Europe.

Previous roles in his 20-plus year career include head of global public relations for San Diego-based Tachyon Inc., communications manager for MCI WorldCom UK and account director at the London offices of Weber Shandwick.

Jeremy holds a B.A. in politics from the University of York in England.